Opacity is built around the framework of the “interface,” specifically the threat of the increasingly opaque intermediation of algorithms between the real and the experienced. The performance uses sculptural, choreographic, and computational models to hack, encrypt, spoof, troll, spam, and camouflage our digital identities, and return these coded selves to the realms of the real.  The performance consists of modular scenes of mundane life staged in sculptural abstraction, exploring desires and attempts to connect to one another online through opaque interfaces (social media sites, romance apps, image-sharing web apps), with their simultaneous abilities of cloaking, catfishing, fake accounts, bogus avatars, twitter bots, algorithmic responses and the system’s constant surveillance from behind the interface.  Each scene alternates with synthetically produced contemporary songs, touchpoints to the obsolete and ‘warm’ technology that foreshadowed the all-enveloping cloud which entangles our daily lives of omnipresent data collection. 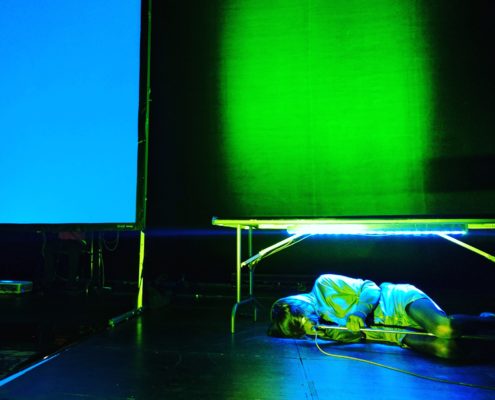 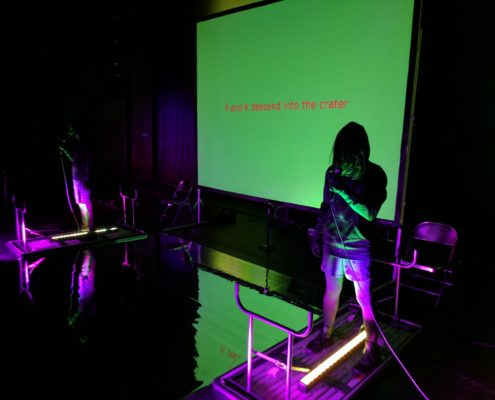 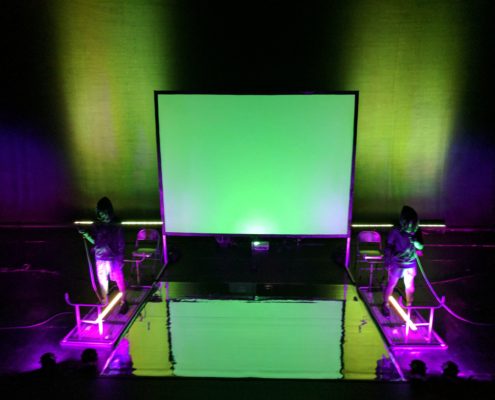 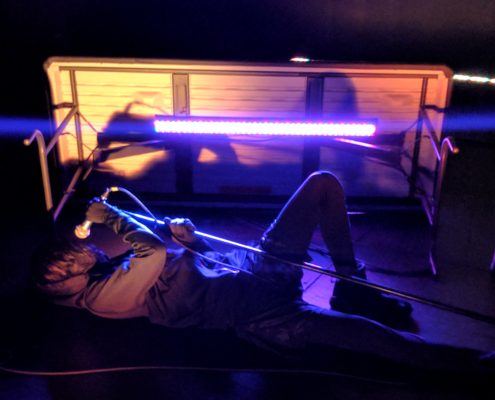 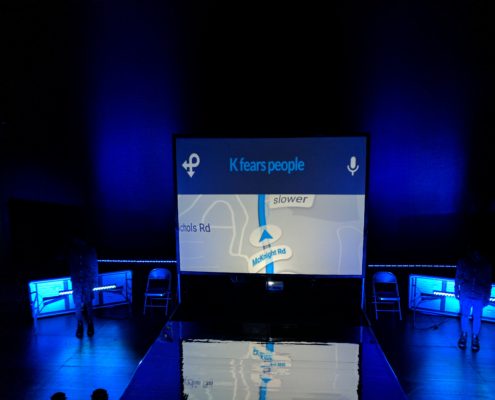 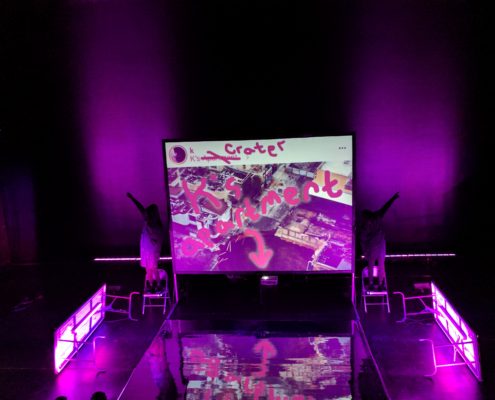 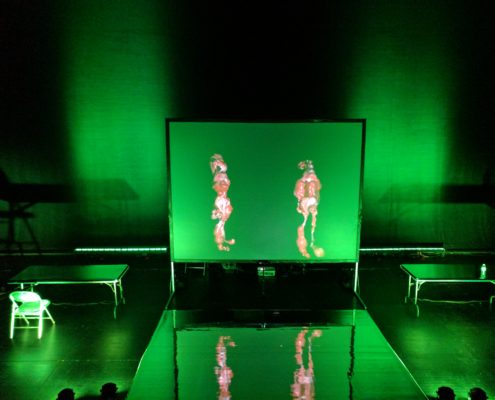