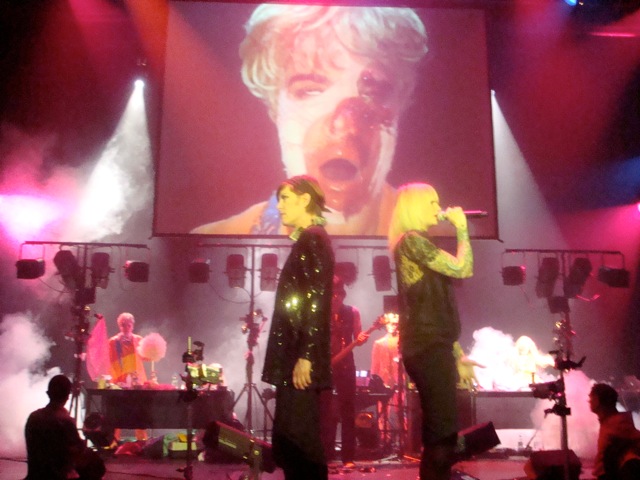 The Imitation represents Big Art Group’s second foray into the exploration of the Image-Performance, an experimental form that combines visual arts, sampling, and musicianship, merging contemporary visual language with a literary dramaturgy. Combining elements of rock spectacle with the grotesque and avant-garde films of the 1960s, The Imitation tells a cautionary tale about an ambitious artist who comes to the City to advance her career, and meets a financier who becomes possessed by her images. With a set constructed of garbage collected from the streets of New York, The Imitation subverts the relationships between art, commerce, and spectacle.

Commissioned by the the Hebbel Am Ufer