An action media performance exploring futureness, survivalism, revolutionary movements and contemporary rituals, the performance examines the notion of sacrifice to make space for a new beginning.

SOS began as an investigation into the nature of sacrifice within a supersaturated, hyper-acquisitive society. Set in a forest of technology the performance unwinds through overlapping abstract narratives. Animals lost in their native habitat turn on each other in a hopeless contest for survival. Revolutionaries broadcasting from a skeletal studio implode under the pressure of their own rhetoric, and technology addicts enmeshed in a self-created universe seek escape from a tightening web of perception. As these environments collide and overturn, the stage transforms into a celebration of chaos verging towards the freedom of annihilation. 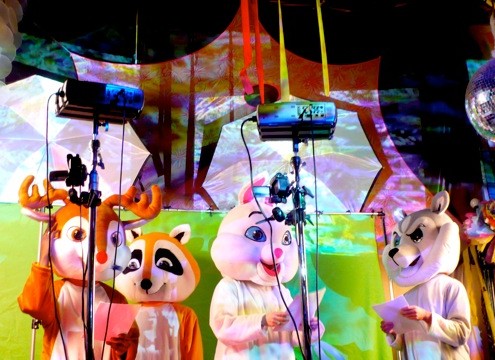 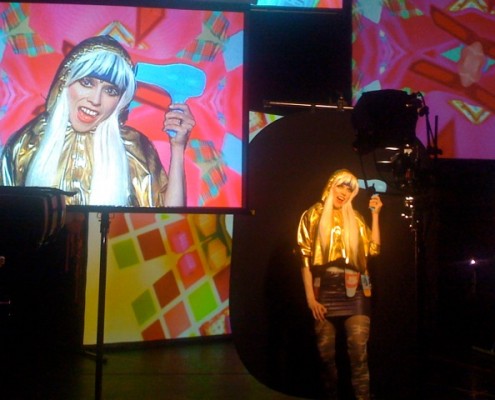 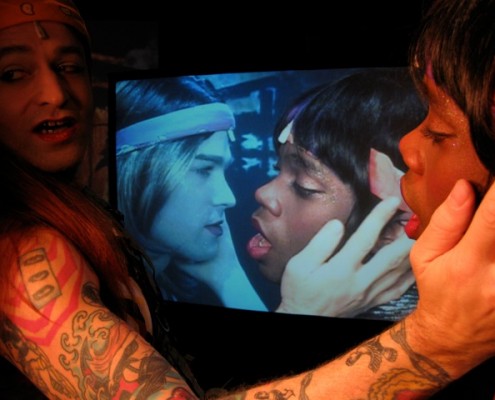 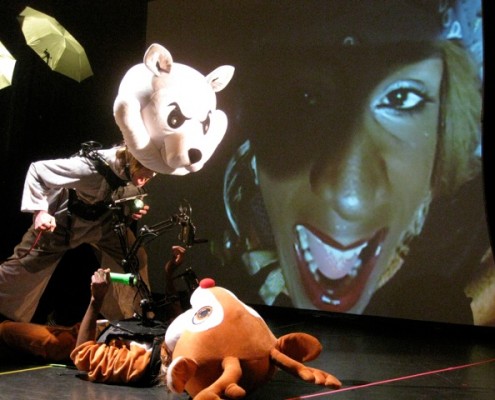 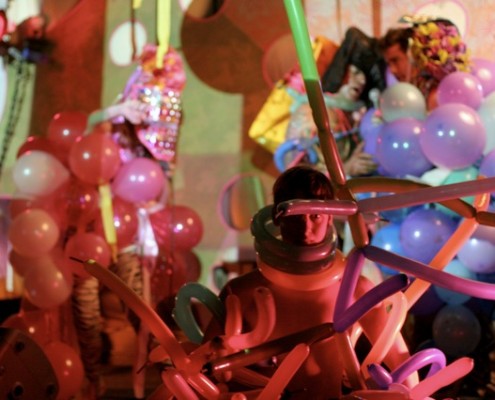 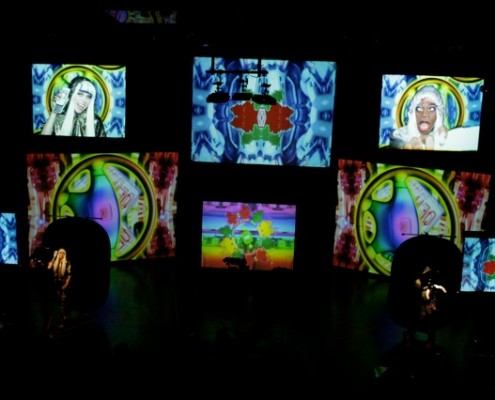 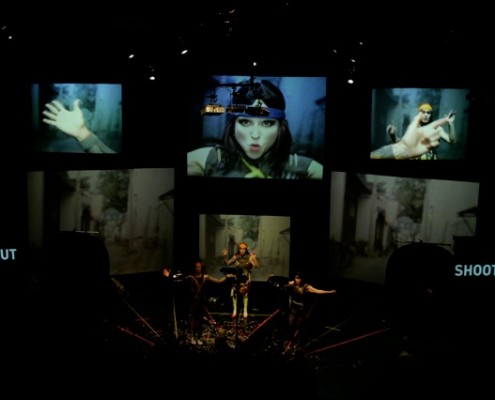 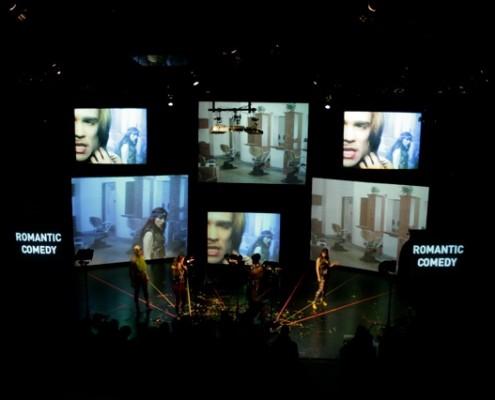 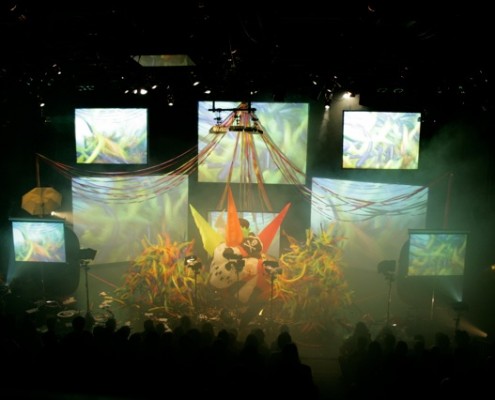 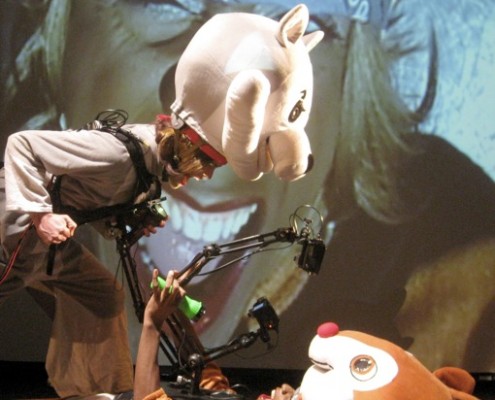 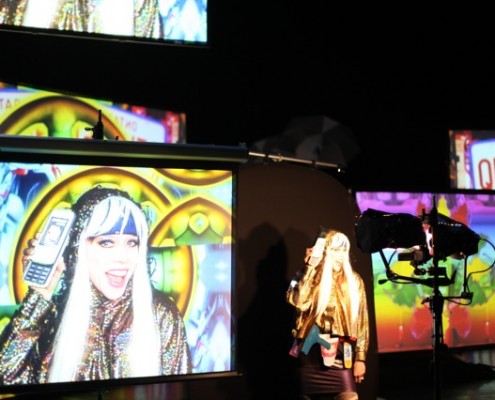 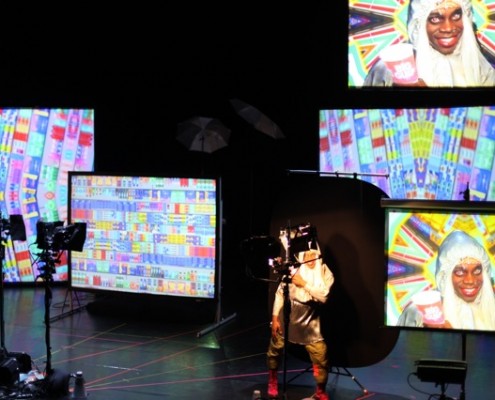 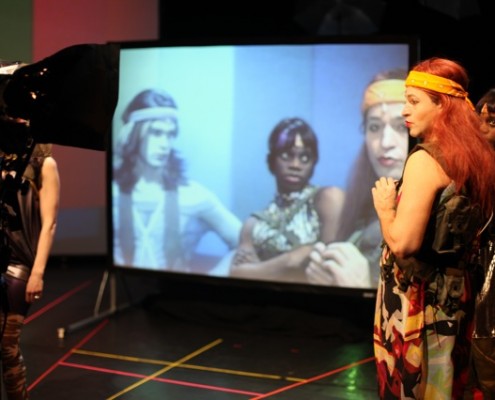 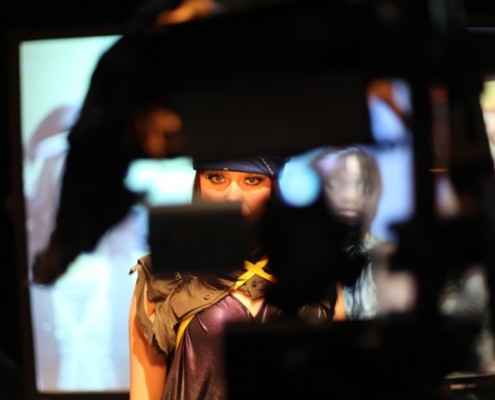 “Big Art Group, makes a touchstone out of synthesizing media elements. SOS, their 2009 show at the Kitchen, offered a spiraling series of hallucinations of consumer catastrophe—simultaneously humorous and apocalyptic.”
— Village Voice

“The final moment, was the single most visually compelling thing we have seen on stage, maybe ever, and likely worth the price of admission in and of itself. To that end, it also served as a reminder that Big Art Group remains one of the boldest crews around, and their work at the intersection of video and performance persists as uniquely important. ”
— Artcat Zine

“It’s like standing in the big-screen-TV section of a Best Buy, but with the volume on every set cranked to “maximum.”
— New York Times

Big Art Group, makes a touchstone out of synthesizing media elements. SOS, their 2009 show at the Kitchen, offered a spiraling series of hallucinations of consumer catastrophe—simultaneously humorous and apocalyptic.

Wiener Festwochen, The Kitchen. Developed with the facilities and support of the Digital Performance Institute and The Abrons Arts Center’s Artist Workspace.