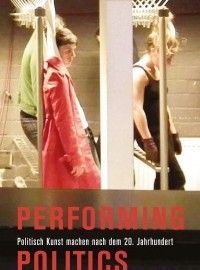 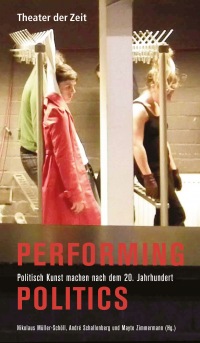 Big Art Group essay “After Spectacularity”  by Jemma Nelson and Caden Manson has been published in Theater der Zeit’s new book, Performing Politics: Politisch Kunst machen nach dem 20. Jahrhundert. The Book is in German and can be purchased from Amazon

Is there a return of politics in the arts?  And if so, what does it mean to make political art, whether in theater, performance or painting? In the last decade, many experiments in the arts have showed a new interest in questions of the political, “Politics” and political intervention – all left over from the twentieth century and its catastrophes. This edition of Theater der Zeit features essays from Big Art Group, Nature Theater of Oklahoma, Philippe Quesne and more.

Alexis Soloski did a nice article in the Village Voice about Multimedia in Theater....
Scroll to top